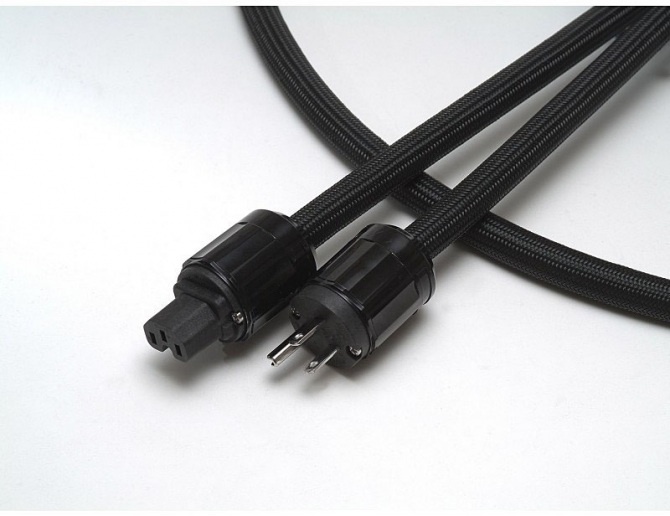 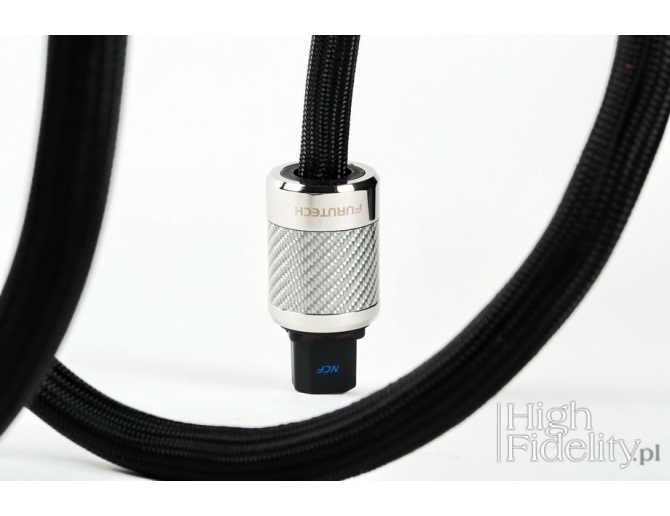 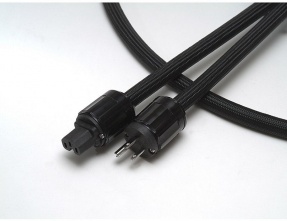 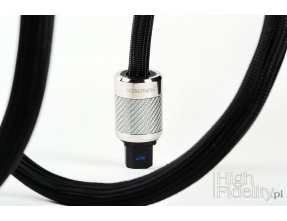 You can purchase this product in installments with Consel. Click here for more information.

A world first ! By using traditional Japanese forging processes, a new ‘ultimate’ conductor has been produced.

In addition, by forging, the conductor density is dramatically improved by destroying the internal air grains. This, in turn, improves the conductivity and the acoustic signature of the copper.

A conductor section before forging process

Electric current flow: The crystal structure and grain boundaries that are formed in a transverse state are a disturbance to the electric current and signal transmission.

So the Crystals and grain boundaries that were in a transverse state are elongated and become more longitudinal when they are forged repeatedly in the same direction.

By further continuous forging, crystal structures and grain boundaries are subdivided and lined up longitudinally which generates a smoother signal transmission.

Annealing process after core-wire processing
PC-TripleC wire after "Continuous Crystal Construction" process is further processed by Transfer Forging method for thinner wire.Then Annealing process is carried out under a temperature and time control depending on a thickness of the wire.In result, crystals fuse each other and change into more consecutive crystal.

PC-CCC(Pure Copper-Continuous Crystal Construction) was developed by Japanese craftsman works as a successor of PC-OCC which dominated in the audio industry for many years.

PC-CCC is now causing a sensation on several medias in Japan as a the savior of the audio industry:


infact, some time after...
"As we informed you, Acoustic Revive PCOCC-A cables will be replaced by PC-TripleC conductor gradually from May onward. The attached information sheet is a copy of a panel to be used at Munich High-End Show in May".

"This is really a superior conductor that is possible to produce only by Japanese traditional forging process".

By these two synergistic effects, the new cables make a wonderful improvement of the sound quality as if the audio system was changed, realizing a super high S/N ratio and a dramatic improvement in sound quality without sacrificing any sound and musical elements of the master sound source.

Please come to the Munich High-End Show 2014 and experience such a sound at our booth No. C-08 on Hall-2.


The Acoustic Revive booth, fully supported and tuned by Acoustic Revive was actually selected by High-Fidelity (Poland) as the best sounding room of the show at the top of the page:

A/Revive also received a same comment from many of overseas customers who visited the show.

recently...
We recently attended to a demonstration of Acoustic Revive new cables ("PC-Triple C" conductor + FINEMET beads) made by Mr. Ken Ishiguro at a famous hi-fi store in Osaka.

A basic audio system at the store demo room was consisting of flag-ship amplifiers and CD players of Esoteric with the world's famous expensive cables.

Mr. Ken firstly replaced interconnect cable between a CD player and a preamplifier by the new PC-TripleC cable, and all visitors(including us) were surprised by a dramatic improvement of the sound quality and 3-dementional effect. S/N ratio was so much improved, a height, width and depth of the sound stage expanded drastically.

Then, Mr. Ken replaced again the interconnect cable by the basic famous cable, and all people there were actually realized a huge degrade of the sound by using such a world's famous expensive cable.

It was the first experience for us to actually realize such a drastic improvement just by replacing one interconnect cable, and we got a confidence that this new cable is an epoch-making version in recent audio industry.

We hope you will have a chance to listen to the new cables very soon.

To our surprise, all of 14 journalists selected Acoustic Revive new cable as one of their best cables.

Please read below a translation of their comments.

You can see how A/Revive new cables made an extraordinary performance which all people were surprised.

Mr. A
Acoustic Revive, a leader of Japanese audio accessory manufacturer, recently released products incorporating the revolutionary new conductor "PC-TripleC".
The sound is so neutral and super high-grade that the conventional thinking about cables has been completely changed.

Mr. B
Acoustic Revive XLR-1.0tripleC-FM is a peerless interconnect cable. Its amount of information and accuracy, reproduction of power throughout the frequency range are remarkable, but the reproduced sound has no exaggeration - like there is no cable at all.

Mr. C
Extraordinary resolution and soundstage of PC-TripleC conductor gave a far superior sound, as if the audio system had been completely changed.

Mr. D
This is high-level sound which I never experienced in the past, the best balance, high precision, free of defects, no distortion, no noise, reproduction of tiny sound detail which was not audible before. This cable is surely the best in the world at the moment.

Mr. E
An accurate sound without any coloring, plus super high S/N ratio and an abundance of information.

Mr. G
XLR-1.0tripleC-FM is equipped with a common mode/normal mode noise suppressor using FINEMET beads and the newly developed forged copper PC-TripleC conductor. This is a cable prominent in all performances, sound quality and structure.

Mr. H
My role/mission is to recommend a product of high value in terms of "Cost vs Performance, however, I have no choice this time but to recommend the Acoustic Revive RCA-1.0tripleC-FM after experiencing such an extraordinary high grade sound.
From tests in my familiar audio system, I heard a quite different grade of the sound. This cable will reign as a reference for a long period of time.

Mr. I
I prefer to recommend a very unique product which does not seem to be recommended by anybody else, however, RCA-1.0tripleC-FM is an extraordinary product and I can not bypass it by any means. This cable exceeds the performance of conventional cables in all respect.

     Mr. J
According to my experience in recording/mastering works, the following elements are vital in interconnect cables: A direct signal transmission without adding any color, a perfect shilding to avoid influence of electromagnetic wave, Outstanding space reproduction ( to reproduce an accurate sound stage and harmonic overtone of voice and instruments). Only XLR-1.0tripleC-FM satisfies these matters.

Mr. K
Ultimate super low noise, Overwhelming transparency and penetration, power and speed, on the heels of a live sound !

Mr. L
Acoustic Revive cables have a ground breaking performance which I had never before experienced even with the highest grade cables of 3000 - 5000 US$

Mr. N
The synergistic effect of the oval solid-core PC-TripleC and FINEMET beads achieved an extremely fresh sound. It is quite a rare thing to achieve such a drastic improvement of the sound quality just by changing an interconnect cable.

A custom power plug and connector made by Oyaide Electric Co. Ltd.

Each contact part of the power supply plug and connector has a specular (mirror like) finish which much improves the contact surface area. The plug and connector are a custom made version by us based on the rhodium plated C-037 and P-037 of Oyaide Electric Co. For further improvement of conductivity and durability, all the metal parts have been processed by super cryogenic treatment (-196°C). This Super Cryogenic treatment at -196°C has the effect of clearing distortion and improves the conductivity of the metal parts.

Our philosophy: "To take away nothing and to add nothing".
Our goal: "To purely transmit the original source signal and to emit the most realistic sound-stage into the listening room".

This is why we created ACOUSTIC REVIVE.

Acoustic Revive is a Japan producer of audio hi-end accessories and cables designed and engineered to obtain the best results today available. Construction quality is superb so they are also used in the major recording company.

When an audio hi-end system is treated with Acoustic Revive accessories, it sounds more detailed, natural, smooth, and also more deep, powerful and dynamic. Every Acoustic Revive product is 100% "Made in Japan".

Please note that due to distribution agreements, the Acoustic Revive products can only be shipped within Italy.

26 other products in the same category: 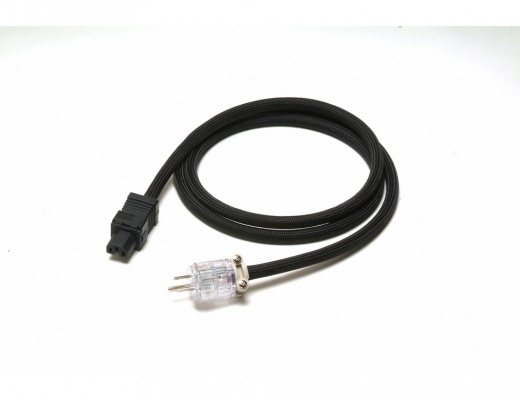 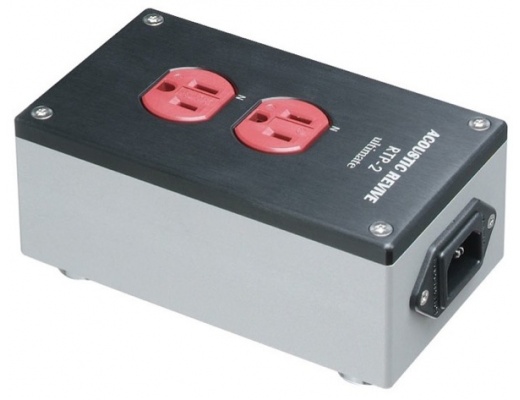 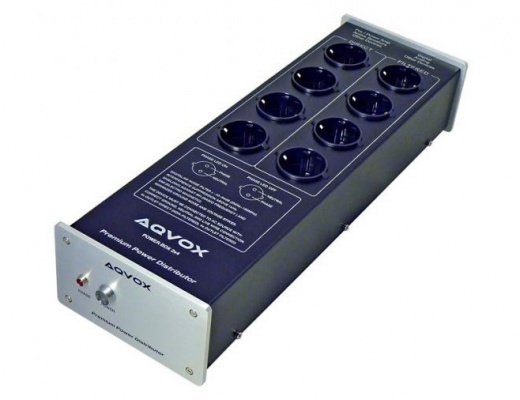 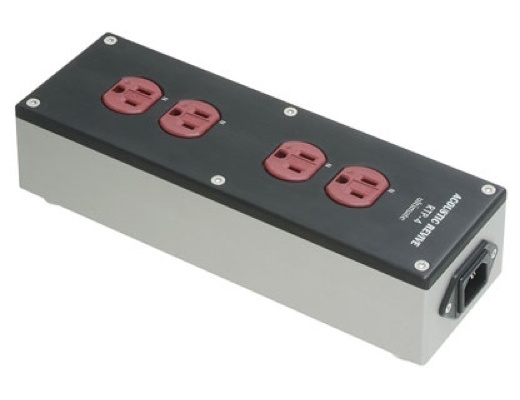 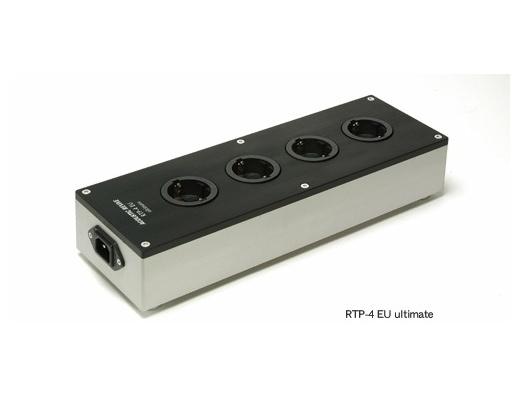 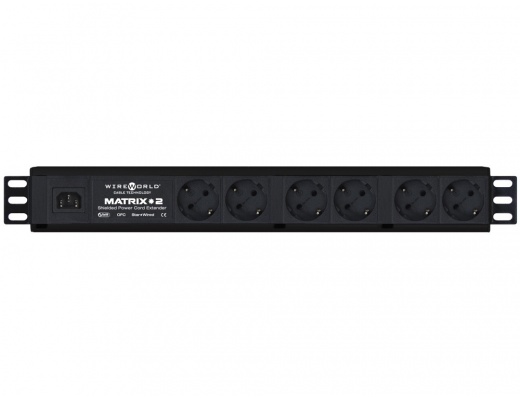 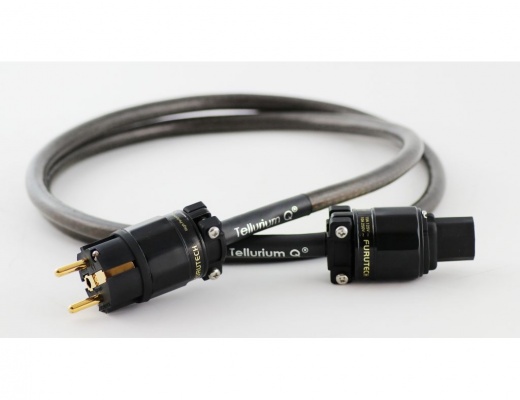 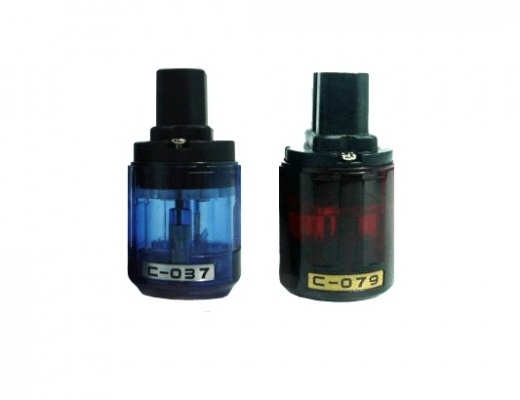 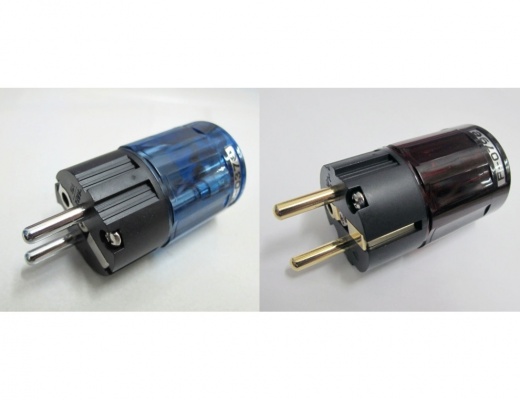 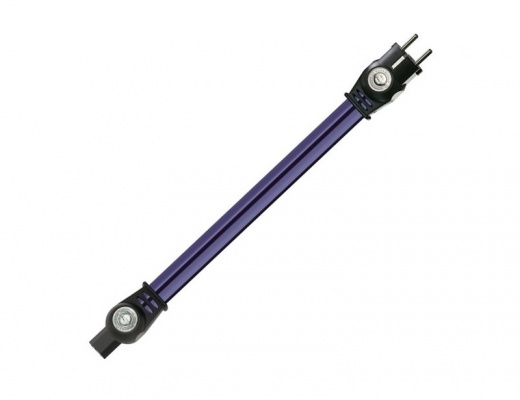 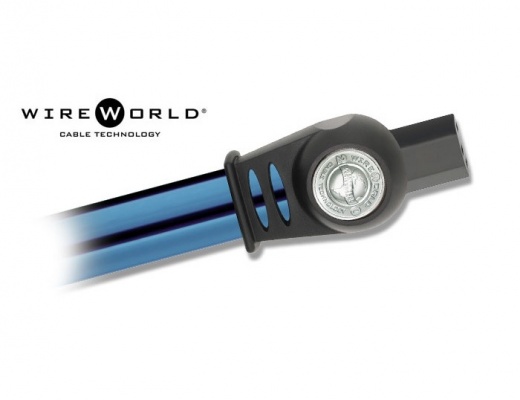 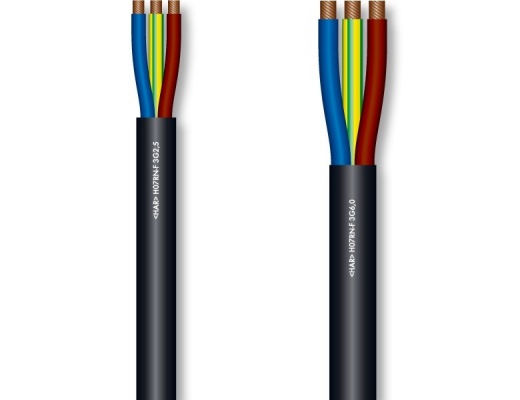 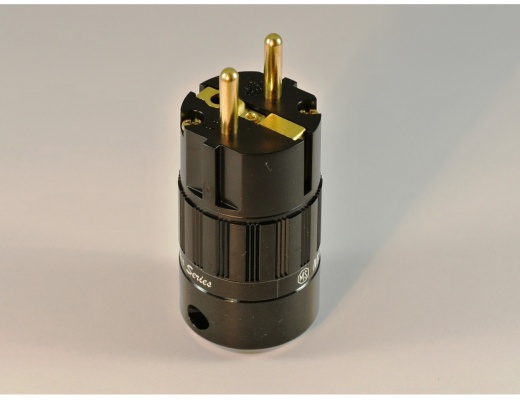 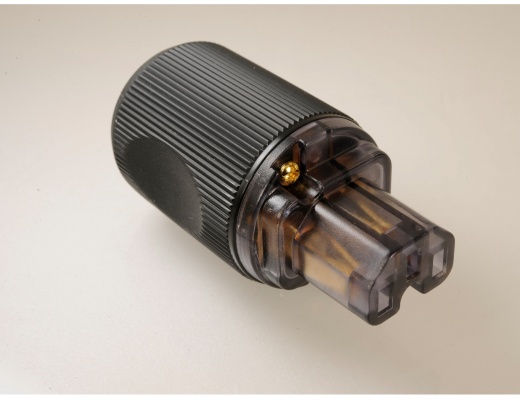 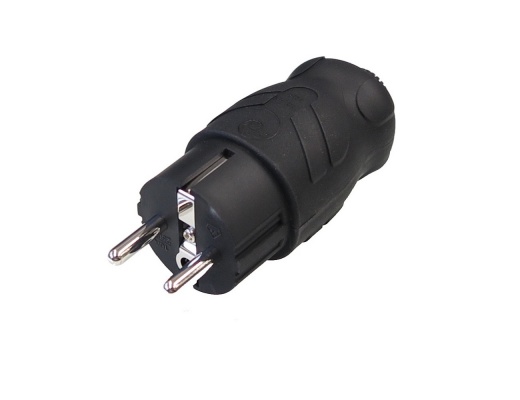 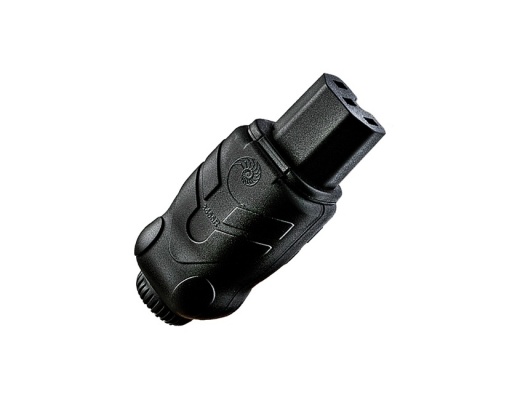 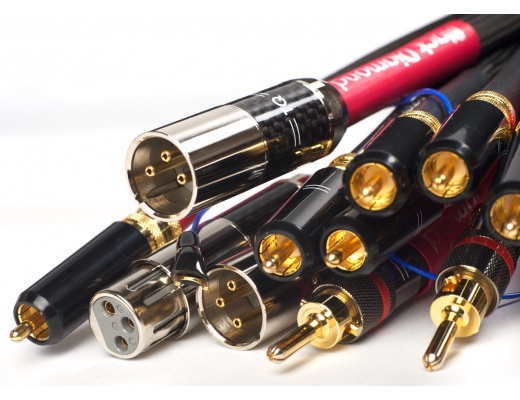 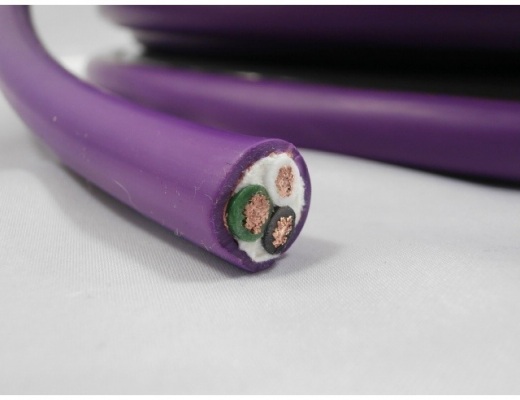 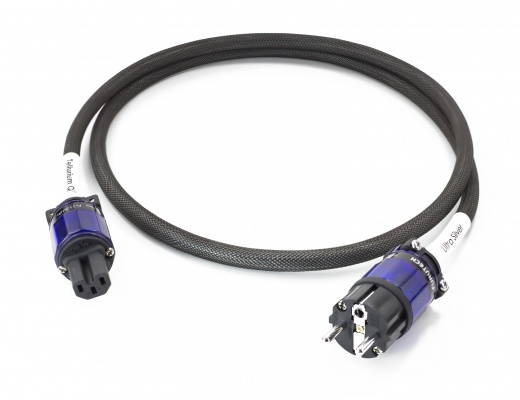 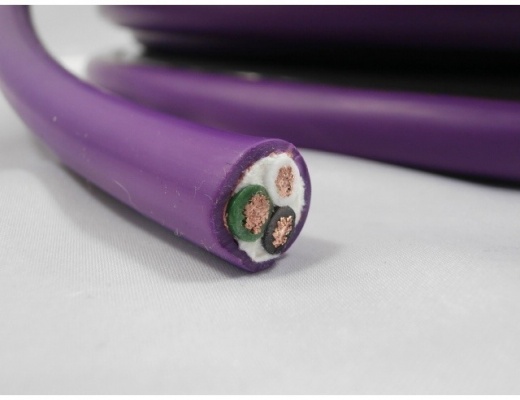 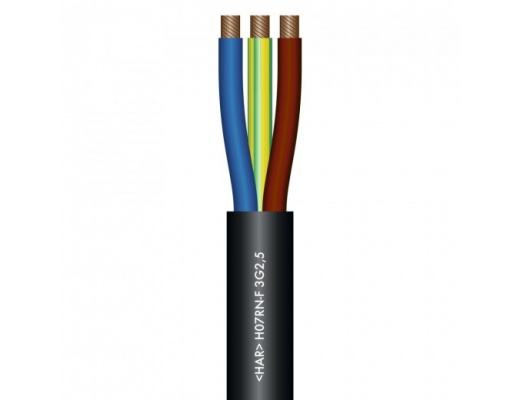 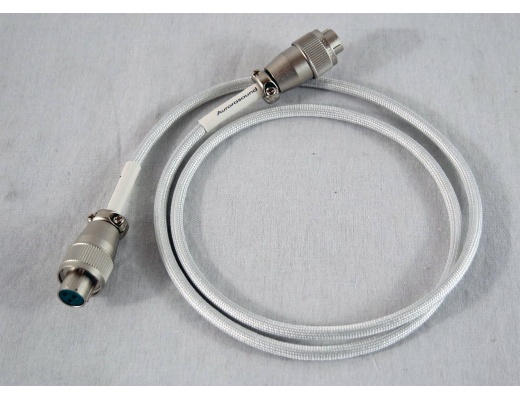 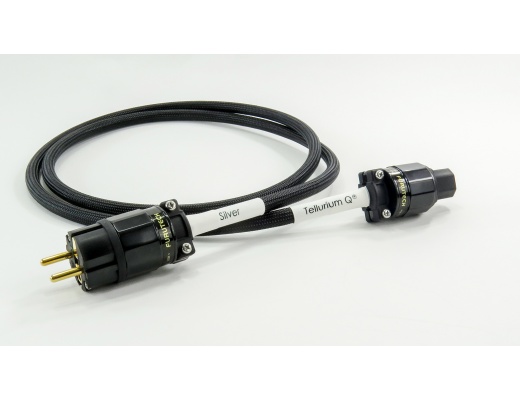 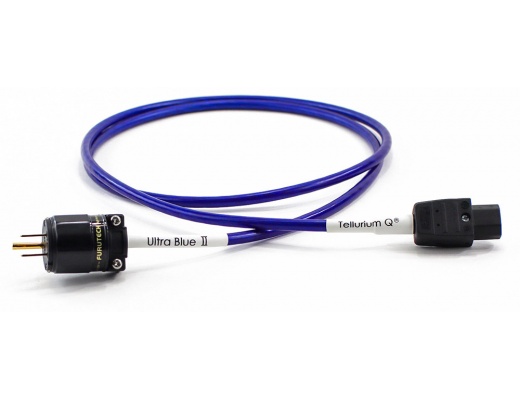 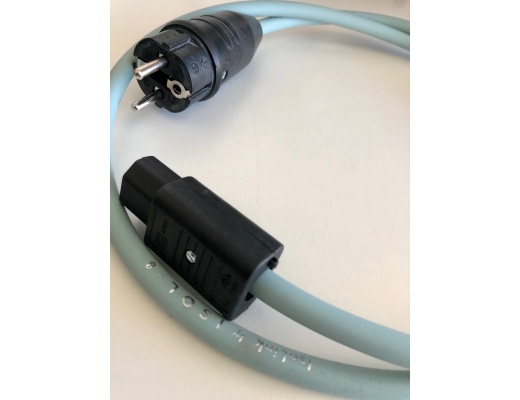 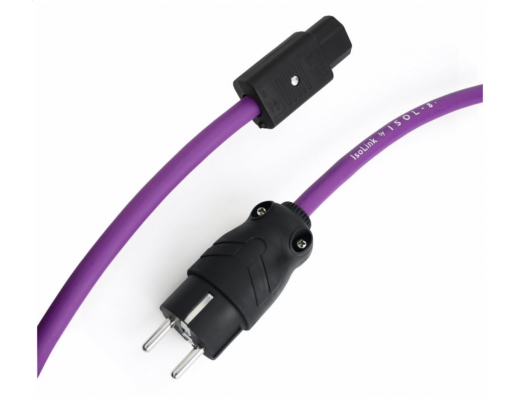 
If a product is available an insufficient quantity, the system will not let you finalize the order, so in this case please contact us to know the future date when more quantities will be available.
Product availability is real-time updated and correspond to our actual stock quantities (Green) or to estimated obtainability times (Blue); in the case of (Blue) products, although the specified times are a realistic and conservative estimate, have to be intended as indicative and not as a binding obligation.

If you place an order containing both readily available products (Green) together with products that will make available within the indicated number of days (Blue), will be shipped alltogether when all product types are into our wharehouse; if you’d like we immediately ship the in-stock articles, it’s better that you place a separate order, or contact us.

When your order is shipped, we send you an email containing all details to track it.

For any further information please contact the Customer Service, available from monday to friday (hours: 9-13 / 15-17).