At the high-end of audio design, art and science merge. The most revered audio designers are no longer strictly concerned with the objective world of measurements and specifications. Instead they explore the world of human expression and human sentiment as captured in the recorded musical performance. This is an exploration guided not by machines and technology, but by tacit knowledge, intuition and musical sensibility.

There is a vast legacy of music captured on recordings dating back to the beginning of the last century. These recordings allow us to see into the times and the minds of the music’s composers and performers with a remarkable sensitivity and clarity. Music conveys the subtlety and fathomless depths of human experience and is one of our most profound and affecting art forms.

All Living Voice products reflect our desire to provide the committed music enthusiast with a coherent, artistically convincing and emotionally engaging experience.

This approach originally led us to develop the Auditorium loudspeaker design. It remains the case today — if we can’t find a product we consider resolves a particular issue to the performance level we aspire to, then we’ll examine the possibilities of creating it ourselves. This is rarely driven primarily by cost or marketing considerations in the conventional sense. We prefer to think of it as a refusal to compromise (or enthusiastic bloody-mindedness, if you prefer).

Living Voice was established in 1991 and is based in Derbyshire, England.

You can find out more about us by downloading our ‘Book of Products’.

Why do all the Auditorium Series speakers essentially look the same?

The glib answer would be we prefer to spend the money where it’s heard, not necessarily seen (we’re an ad man’s worst nightmare).

Although at first glance visually identical, there are substantial – and crucially inter-dependent – differences in every aspect of design and construction as you ascend the Auditorium range.

The relatively recent adoption of Kondo KSL amplification and cabling revealed that a further substantial increase in performance was possible. This led to the introduction of the OBX-RW which, gratifyingly, has come to be regarded as one of the world’s most musically persuasive loudspeakers.

Why the outboard (OBX) crossovers?

Ironically, one of the worst places to place a crossover circuit, for a number of reasons, is in a loudspeaker cabinet.

This is normally done for reasons of cost, reflected not only in the product pricing itself, but also in shipping costs - plus of course the extra floor space and cabling required.

Accordingly, for optimum performance, we offer the OBX-R2 and OBX-RW with external crossover boxes.

For those reluctant or unable to accept the demands of the external crossovers, the IBX-R2 and IBX-RW are otherwise identical, with only a marginally compromised performance in comparison to the OBX variants.

You design and ‘voice’ your loudspeakers using valve amplification. What about results with solid-state amplifiers?

While valves remain our preference, many Auditorium Series owners achieve excellent, musically rewarding results with a variety of transistor amplifiers. The venerable Sugden A21, for instance, is a charming, highly capable partner for the Auditorium Series speakers.

Are all Auditoriums designed for bi-wiring?

Yes. The speakers are designed to give optimum performance in this configuration, but a single run of high quality cable, such as Kondo KSL SPz (silver), will sound better (though regrettably, not cost less) than bi-wiring with SPc (copper). It is of course quite possible to gain highly satisfactory results with less expensive cables. And truly astonishing results with Kondo KSL. 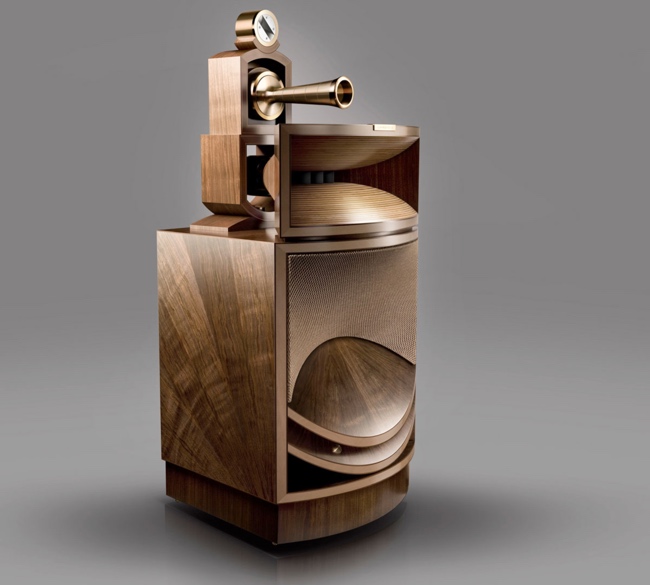